We are led to believe that change is the very thing they struggle to handle.  Theories and methods propose that to help our children overcome their anxieties we must implement a strong structure and routine into their daily lives, encouraging them to find comfort in that.  A day mapped out in pictures, even a card presented for a change or an unpredictable event.  It seems logical in one way: they are distressed by change so you make their world predictable to alleviate that discomfort.

But I began to wonder if in fact what we were doing was reinforcing the very thing we would like to flex.  What I was observing was that a pattern had begun to emerge: the more freedom and movement Iris had, the more the rigidity of her condition was released.  Each time this happened she would gain more confidence and relish the new encounter or situation.  She became excited by the unfamiliar.

Had I without knowing it been guiding her towards this in the way I would pair up new experiences with her passions?  Her first bike ride while listening to her favourite music, Thula on her lap at traffic lights, her violin hidden away in her bag like a comfort blanket at the music concert…Our days of education at home didn’t follow a timetable, they were free, adapting to the weather, to Iris’s mood, to Thula and to Iris’s own interests.  The child I saw in front of me wasn’t afraid of the unknown, quite the opposite, she bounded towards it. 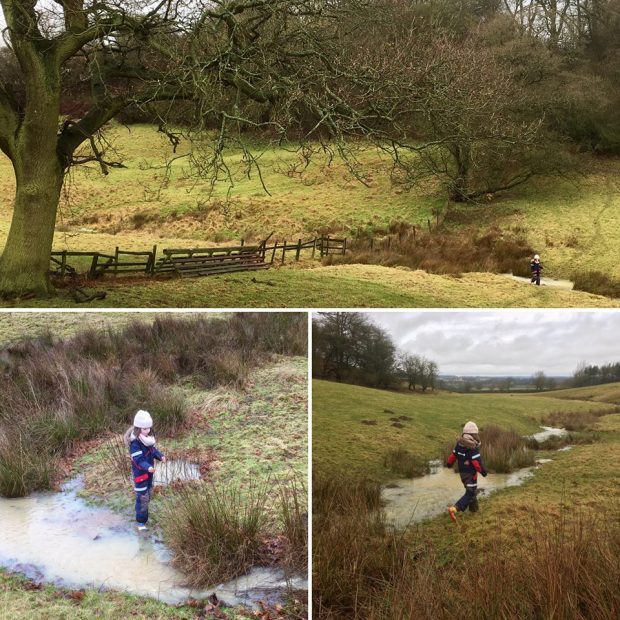 I made more of an effort to embrace this impulse and allowed Iris to adventure further.  I let her walk on ahead of me and for her to decide which way we went.  Her appetite for exploration exceeded my expectations, eager to experience new landscapes, trees, nature and wildlife.  We left home every day and made it our mission to see something unfamiliar and learn along the way.  I missed her hand in mine, but I got used to following her slim figure, walking in the footsteps of those bright rainbow boots.  Iris’s hands flapped in excitement and moved in the air feeling the energy, delighted by secret undulations that seemed to exclude me from her experience.  As hard as I tried I couldn’t feel what she could, so I felt it in my own way – seeing the joy in her. There doesn’t seem to be a purer feeling of happiness and it made me smile, taking away any sadness from the mystery.

Sometimes she would lead me to places I had no idea existed. On one memorable walk she found a woodland like no other we had been to before.  It was as if we were transported to America, into the magnificent tall Redwoods.  She introduced me to ‘King Tree’, a mighty tree that stood very tall in the avenue.  We explored along paths, through streams and old ruins.  Out there she loved me chatting to her.  I made up stories and she would run along in front of me playing a part in the fairytale.  She hid under bridges pretending to be a troll or a dragon flying in the sky.  This was imaginary play that would have been nearly impossible for her in a noisy school. Her mind seemed free from the confusion.  When she got tired she would lie down flat on the ground, looking up at the sky with her wellie boots splayed out to the sides, total relaxation till she jumped up and marched on.  I admired her connection and faith in nature, I would be checking the ground before sitting carefully so as not to get wet or sit on creepy crawlies. She thought nothing of such things and trusted in nature, enjoying the unexpected textures, feelings, smells that it provided.  She would tell me to ‘look up’ as we walked under the tree canopies and she took great delight in showing me something one day that I hadn’t noticed before.  It was how the trees’ uppermost branches create patterns in the sky. In some parts of the wood they wouldn’t overlap at all and they left rivers of blue in between the crowns of leaves.  It is a naturally occurring phenomenon called ‘crown shyness’ that I had never heard of, but now I could see how it created striking silhouettes, sometimes dramatic like lightning bolts, sometimes more gentle, like paths.  As Iris looked up she raised her hand and pointed her finger, then traced along the lines of blue, mapping a journey in the air. 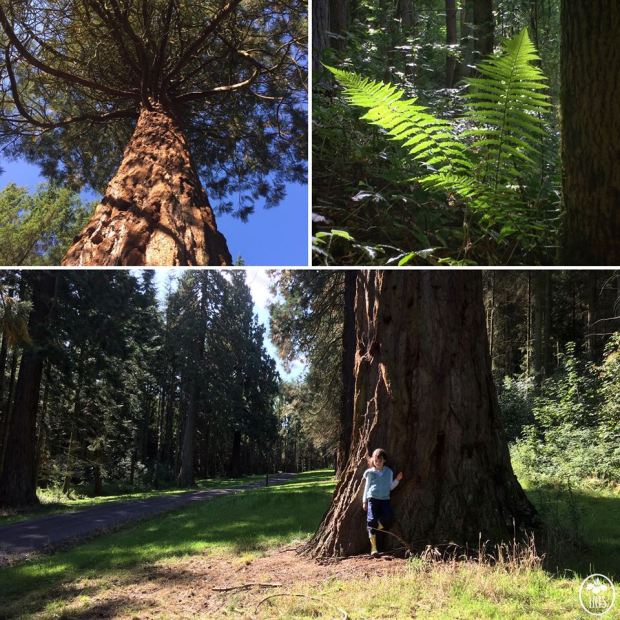 I began to take supplies in a backpack, snacks and water so we could stay longer in these newfound worlds.  As each week went on the countryside around us seemed to shrink and I could tell she wanted more.  I knew that feeling very well:  what is around the next corner and over the next hill? Where would these adventures take us? 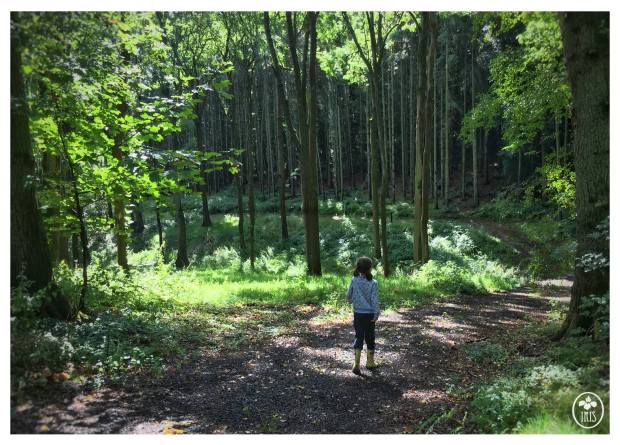 Inspired by our rainforest home ed project we came up with an idea of travelling to the  ‘Forests of the World’.  An undeniable traveller’s spirit continuing to emerge in Iris gave me confidence in going ahead with these adventures.  She was filled with a curiosity that was no longer satisfied by her paintings, or the books that used to be her fortress in the confusion of autism. My old home-schooling system of pre-set topics and themes seemed not to be as powerful as it had been: Iris seemed to learn better on the spot and in the moment. She was changing, and my methods needed to transform along with her.

This will make a beautiful Christmas gift for your loved ones, spreading hope and autism awareness too.

2 thoughts on “How is it that a child on the autistic spectrum can thrive on change?” 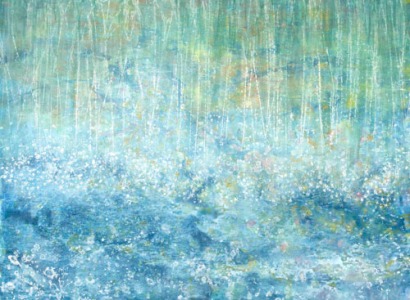 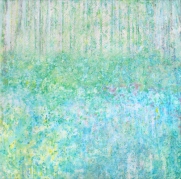 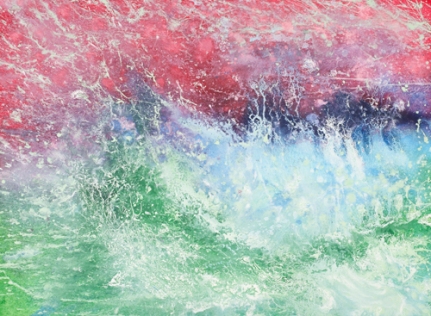 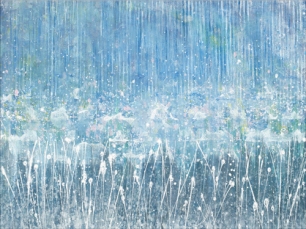 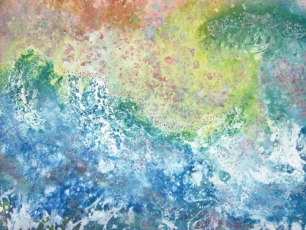 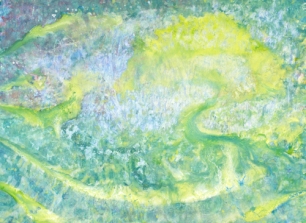 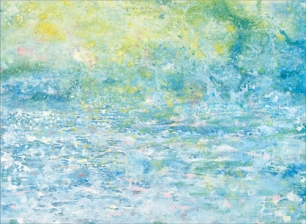 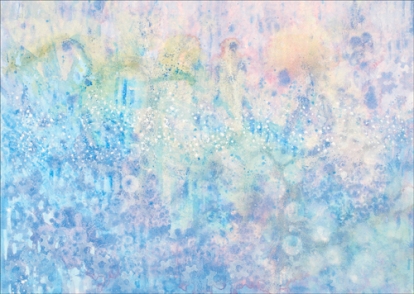 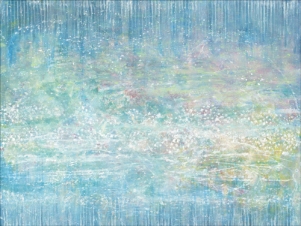 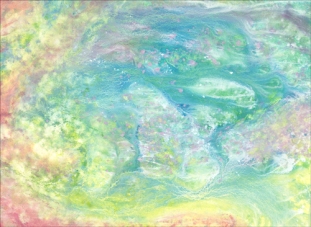